We’re beyond excited to share this article from Laura Cannata at TwinCitiesGeek.com. “Tom and his colleagues aren’t just selling a product; they are selling independence” She gets us!

Twin Cities–Based ClipDifferent Is Building Community with an Empowering Invention

You wouldn’t think that something as simple as clipping one’s nails could build relationships and community, but let me tell you some stories.

The first is mine. I have had dwarfism and rheumatoid arthritis my whole life. When I was just a little girl, my grandfather and I would have a routine when he came to visit: I would sit on Papa’s lap and we would read the comics. After the comics, he would clip my nails and we would go to Perkins for brunch. As we have both gotten older, the routine has changed, and it has been harder to climb on his lap and for him to clip my nails. But we continue because this experience has bonded us for life.

The second story is that of Tom McMullen Jr.

Read the rest of the article here. 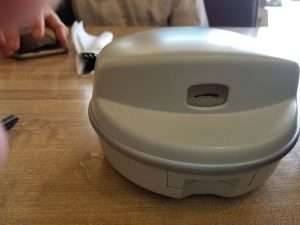 Twin Cities Geek is an online culture magazine for the self-identifying geek community in Minnesota, particularly focused around the areas of Minneapolis, MN and Saint Paul, MN.