“Turn it on, move your fingers a bit, turn it off…simple.” Richard Ramsay using ClipDifferent

To say Richard lives a full life is an understatement. He excels in multiple sports, travels internationally in a leadership role at Nike, is deeply connected to the Lucky Fin community, and has a young & active growing family. Living as a congenital amputee, born missing his forearm and hand, hasn’t slowed @OneArmKid. He thrives on educating and inspiring others to live their best life.

He responds to questions from his followers on IG, Twitter, & FB and below is a recent response to “how do you clip your nails“.

For my #wingers (#armamputees) out there and those asking

The first video is how I used to clip my nails. It is a longer process that took me some years to figure out AND find the right clippers (don’t mind the nail that fell out, lol). Controlling the #nub on the clippers is a chore, lol.

The second video is using @clipdifferent. To say it is easier would be a HUGE understatement. Turn it on, move your fingers a bit, turn it off…simple. #nevergoingback  #amputee  #armamputee  #armamp  #nailclipping  #manicure  #mani

Richard has worked for Nike, Inc. since 2013. Helping the development and evolution of the FlyEase, think easy in & easy out footwear systems, shoe line. As a Kinesiology major, Richard’s “body movement” expertise is needed in all parts of the globe where Nike designs, manufactures, and showcases the expanding product line.

Nike FlyEase footwear starts with a clear design philosophy: create smarter and better footwear for athletes of all abilities. To be classified as Nike FlyEase, footwear must meet at least two out of three design criteria:

Lucky Fin Project (LFP) is a community of support brought together around living with a limb difference. The name comes from the Finding Nemo movie reference where the star, Nemo, has one fin, smaller than the other, he calls it his “lucky fin.” In 2007 Molly’s daughter, Ryan, was born with a lucky fin.

Since, the non-profit has become an internationally recognized resource for parents and kids connected to the limb different community. Through contributions to the 501(c)(3) the LFP provides medical links, education material, hosts fun events, and offers additional resources towards specialized camps and prosthetics. The result is a vibrant community that has grown-up showcasing each individual person’s wonderful uniqueness. 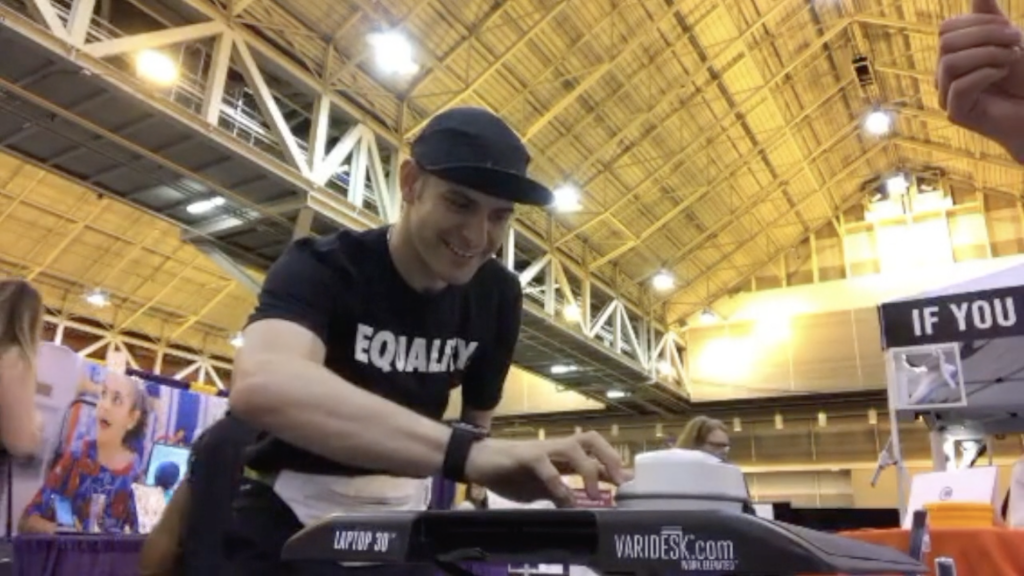 ClipDifferent connected with Richard while at the American Occupational Therapy Association event in New Orleans. Nike Adoptive Gear was our booth neighbor and at one point Richard walked over and tried the device for the first time saying, “That’s amazing! My Mom Cut My Nails Until I was in College.”

Thank you Richard for sharing your style!! 😎