You wouldn’t think that something as simple as clipping one’s nails could build relationships and community, but let me tell you some stories.

The first is mine. I have had dwarfism and rheumatoid arthritis my whole life. When I was just a little girl, my grandfather and I would have a routine when he came to visit: I would sit on Papa’s lap and we would read the comics. After the comics, he would clip my nails and we would go to Perkins for brunch. As we have both gotten older, the routine has changed, and it has been harder to climb on his lap and for him to clip my nails. But we continue because this experience has bonded us for life.

The second story is that of Tom McMullen Jr. In 2017, he was at Whole Foods when he saw a gentleman leaving the store and walked up to him. Tom asked, “Sir, could I talk with you for a minute? I noticed that you have only one arm. How do you cut your fingernails?” Looking a bit puzzled, the man replied, “I can’t—my wife does it, and I hate it.” Enthusiastically, Tom responded that he was developing a fingernail clipper for people with differing abilities and told the man he’d be able to cut his own fingernails with it. The mystery man’s look changed to that of heartfelt surprise as he leaned close to Tom and asked, “Why would you think of us?” 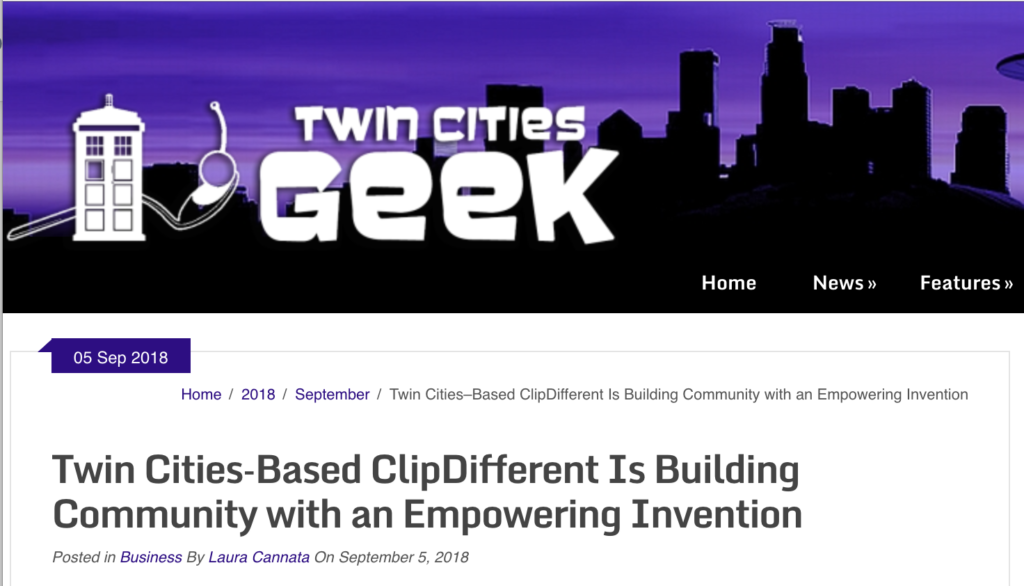